POWs -
POWs (problem of the week) were completely new to me this year, in math I was used to just getting the answer and being done. Instead, with POWs you have to describe how you got your answer from the very beginning, and then go further, looking at other aspects of the problem, how else it could be solved, extensions you could add to the problem etc. Anyway, the first POW that I ever did, was a complete failure, I got a 33% on it. As someone who generally has good grades, this freaked me out, so I asked to redo it, and for help on the problem. I turned in my refined POW, and received a 100%, and since then, I have gotten nearly perfect grades on the rest of my POWs from this semester. I have used problem solving in all of these problems so far, because generally I don't understand what it being asked, and I have to look to outside sources to find an answer. These POWs have been very helpful in terms of problem solving, because I've been forced to find new ways to accomplish the tasks asked in these POWs. Below is my first ever POW write-up that I failed, and then the refined one that I received a 100% on.

Graphing -
Throughout this semester, I believe that one of the most valuable content skills that I've learned is how to make many different kinds of graphs, used for different scenarios. The first project that we did in math, which was the Cookies Unit, showed all the content through graphs, so I learned how to collect information from them, and put information into them. Above, in the description of the Cookies Portfolio, I have an example of a graph that includes feasible region, which is something that we learned to find once we had created a graph with the information we needed. I didn't struggle very much with this skill, but had some problems with not organizing work very well, and having neat, readable work. For our final product, we created a portfolio with all the work we had done for the unit, but with some assignments, I ended up redoing them, not because I had to, but because when I originally did them, I hadn't tried as hard as I should have on them. When it was time to turn everything in, I realized that I didn't have everything, and had to make things up because I lost them. I didn't have this problem with my most recent portfolio, because I learned to organize everything through the project so I didn't have to make up work like last time. There is an example of one of my graphs in my update on the Cookies Portfolio.

Shadows Portfolio
To start off this project, we began by looking at shadows, and the angle they make as they are changed with light, height, and other variables. After we did some experiments with changing these variables, we went more in depth with polygons, but mostly triangles. Some of the different triangle we went over are similar triangles, right triangles, etc. Once we had a good understanding of triangles, including that triangles equal 180 degrees and many other aspects needed to understand how to solve problems including triangles. When we got to solving problems with triangles, we needed to understand ratios and scale factor which were used to create diagrams in all word problems. At the end of the unit, we looked into trigonometry, which was quite confusing at first, but once we understood the tools needed to solve the problems, it became easy. We also learned different ways to use the calculator to solve the trigonometry problems. Over all, this unit went over a lot of review at the beginning, but eventually we went into new information that I had never seen before. 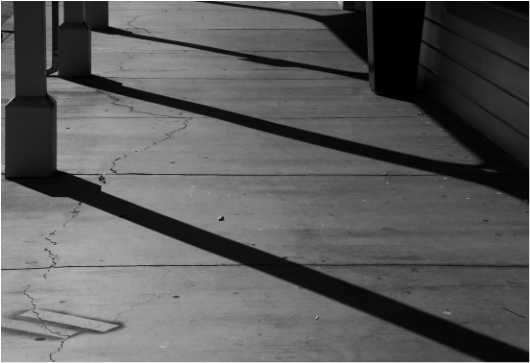 For our first project in math, we focused on mostly review knowledge, and created a portfolio of graphs, feasible regions, equations, and other mathematical aspects we used to solve a problem. This problem having to do with a bakery, and the highest possible profit they could achieve. Here is the cover letter I created to go in the front of my portfolio.
Cover Letter

The cookies unit goes over many mathematical skills, but mainly focuses on graphing (constraints), inequalities, and systems of equations. For each of these aspects, we had in class assignments and homework that we completed to show our understanding. At the beginning of the unit, we went over the all encompassing question, which was how many cookies (iced and plain) did Mr. and Mrs. Wu need to make to get the greatest profit possible. At the beginning of the unit, I didn’t really see where the project was going, and what the point of this was, until I realized that the final product was going to be all our assignments put together into a portfolio. In terms of the mathematical aspect of this unit, I didn’t struggle with math very much, and no mathematical skills were introduced to me, but I refined the math skills that I already obtained. The one thing I struggled with the most in this unit was organization, because I had lost a few assignments throughout the project, which was annoying to make up, and I also put many assignments into my composition book, which then had to be copied onto different graph paper. Overall, I think this unit taught me a fair amount, and I have gained many organizational skills throughout the process of this unit.
Here is an example of one of my graphs... 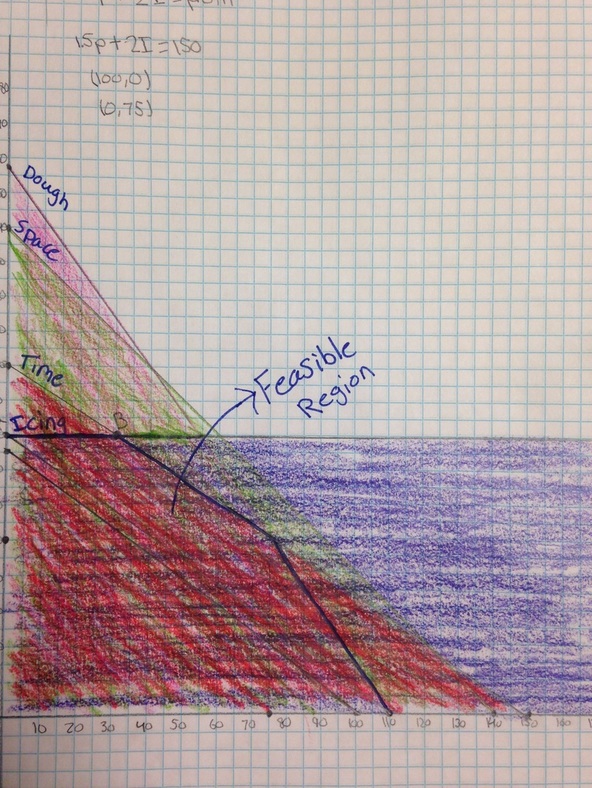